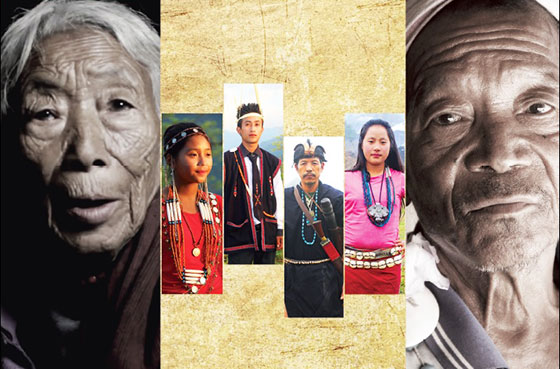 The Centre for Endangered Languages, Rajiv Gandhi University, is a University Grant Commission sponsored centre. The Centre was has been actively functioning since 2016. The main purpose of CFEL, RGU is its multidisciplinary approach. The research team comprises of scholars from linguistics, anthropology, folklore, tribal studies and mass communication. Presently, the Centre is focusing on field survey, documentation, and analysis of the critically endangered languages of Arunachal Pradesh. It is also studying these speech communities in their socio-cultural contexts. The Centre successfully carried out four field studies and documentations in the remote areas of Arunachal Pradesh. It also successfully conducted four workshops related to language and cultural documentation. Two monographs on Tangam and Kasik/Khapa are in publication process. The Centre has also produced an award winning Documentary Film ‘Ngok Miri Dekke Yoyo-Gaga Goktuanam Kiding’ (Those songs & lullabies I used to sing) by Kombong Darang. The Centre is working on more short films, monographs and awareness programmes with the purpose of making eminent academic contributions.

In the academic year 2018-19 the centre ventured out for a fieldwork that focused on a lesser known community called Meyors of the Anjaw district of Arunachal Pradesh and documented the language and cultural practices of the community. Presently the centre is transcribing, translating, compiling and analyzing the data collected during the past few years among the Tangam, Khapa and the Meyor communities of Arunachal Pradesh. The centre also actively took part in the organization of several programmes such as a workshop on Dialogue on Intangible Cultural Heritage of Communities and the recently concluded film festival entitled as Borderland Narratives along with Arunachal Institute of Tribal Studies (AITS).

WANT TO KNOW MORE ABOUT RGU ?

OR ARE YOU READY TO APPLY